How Static Is Used 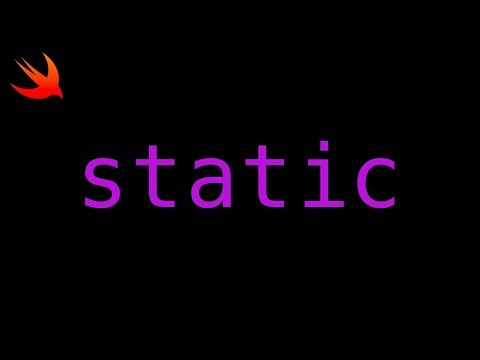 Static is like creating a global variable. You’ll see what I mean when you’ve watched Sean Allen’s video tutorial.

There’s just one hiccup here that might confuse the newbies. Sean used the term Type and the struct’s name interchangeably.

Let’s have at it one more time:

If you’re curious whether title can be accessed this like this Video.title, then no. Even if it is pre-initialized a value, it will give out an error saying: Instance member 'title' cannot be used on type 'Helper'.

You’ll want to use static for a reason like you might not want to create an object to access its properies or methods making it possible to directly access the struct Vlog’s properties without creating an object. Static can also be applied to a method, which allows you to do something like Video.play().

It’s also important to note that you can replace the creator’s value just by assigning it a new value this way:

The next time you access Video.creator or create an object with Video(), the creator will be Sean Allen by then.

Now that we’re talking about static, there’s another way to access computed properties and methods of a construct without making an object. This is from Kilo Loco:

Aside from static, you can use class in exchange. No! Not the class construct. I’m talking about class type. It works almost similarly to static. However, you cannot store a property like you would with static. With class, you can do something that static too can’t do. You can override computed properties and methods as you can see inside the the SubHelper class.

It is important to note that you cannot use the class type inside a struct, only inside classes.

These are all valid ways to access properties and methods given the code above: